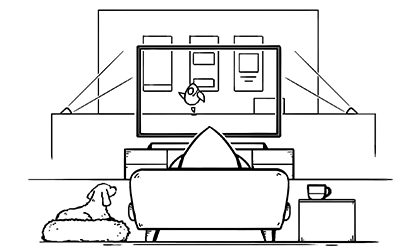 My birthday was Friday. It reminded me of two things: 1) it’s WWDC season, and 2) my memory isn’t as good as it used to be. After rifling through old receipts and most critically, reviewing the different concerts each year, I was able to extrapolate that I first attended in 2005 (aka The Wallflowers). This hearkens back to the days when Apple called you directly to beg you to buy a ticket, Carbon developers still held out a sliver of hope, there was still an IT track of sessions, Stump the Experts was packed with thousands of folks, and the iPhone wasn’t in anyone’s mind outside the hard workers at the Infinite Loop.

Shockingly, there are only three particular events that are etched in time for me over the some dozen WWDCs I attended in person: 1) Steve announcing web-apps as a “very sweet solution” for iPhones in 2007 and the shocking silence in response — almost like a collective deep inhale (but thankfully only until 2008), 2) breaking the Stump the Experts WWDC Game Show in 2008 using technology from the company I worked for at the time to recognize music on the new iPhone SDK (which is obviously ubiquitous now), and 2014 when Swift was introduced — just 6 months after I had published an Objective-C oriented book with co-author Erica Sadun. There was really a fourth, but it’s a melancholy one — it was being on the 2nd row the last year Steve hosted the WWDC Keynote.

For the last years as tickets have become more and more scarce, the session videos become available ever quicker, and my day-to-day job became less oriented on coding and more on helping empower other developers, I’ve been satisfied with watching from home and letting others have the wonderful opportunity to network and feel the energy and excitement that permeates the halls of WWDC. This year, if there was to even be a choice, it was made for me in our current era of COVID-19. Even though my lines of code count this year is much lower than in years past and there was no 4am alarm going off to stroll out to the waiting line wrapping around the block, I’ve still had that familiar expectancy.

I must admit — those expectations weren’t quite as high as years past. There hasn’t been a one more thing in years. Rumors had already revealed there would be no hardware announcements this year. The biggest news of the event is one that really has no visceral meaning to a user. Why does a user care which vendor makes the silicon in this day and age?

Obviously, to those in the tech field, the value for the future is significant. It hasn’t gone unnoticed to me that probably the most important announcement today was one similar to that announced at my very first WWDC in 2005 with the rollout of the transition from Motorola to Intel processors in the Mac. That transition could honestly have been what saved the Mac and even Apple from the dustbins of history. The Mac had become almost a blip in computing history until Steve Jobs return — but even with an uptick in sales, Motorola and the PowerPC were constraining Apple. The move to Intel revitalized the Mac, allowed for the safety of Windows emulation for those who required Windows apps, a livelier release schedule, and parallel power roadmap to the existing Windows market. The Mac’s success created a base foundation that allowed for the many lucrative innovations over the following years, from iPod to iPhone and beyond. For users, the technology change provided confidence and an overall technological improvement, even if it wasn’t necessarily translated into specific user focused features.

So, on this “Historic Day” as Tim Cook exclaimed, we are once again faced with an underlying architecture change. Unlike 2005, Apple’s fate is much more secure — and the Mac platform is relatively strong and successful. There is no obvious existential need for a transition, yet here we are. Apple’s introduction of “Apple Silicon” as the future computing processor for the Mac platform therefore needs a compelling story. Platform transitions are not fun — for the user community as they conceivably deal with incompatibilities, end of life software, performance headaches, purchasing decisions and potential shorter life hardware products — or for the development teams who must now support two unique architectures.

Fortunately, Apple has very clearly been there before — and this experience showed today in the rollout. Apple offered a number of “updated” transition technologies that should make life much better for developers and users — from the “Universal 2” that will allow developers to “easily” rebuild software for both platforms to “Rosetta 2” that should allow users to run legacy Intel software until updates are provided (hopefully). Additionally, most Mac developers are already experienced with developing software targeting Apple Silicon platforms with the iPhone and iPad. It is very unlikely that we will have to deal with some of the significant CPU architecture issues found in the Motorola to Intel transition (big endian/little endian anyone?)

We have little real detail on the hardware being demonstrated in the video, but the Rosetta 2 demonstration of the game was shockingly smooth (even if not running at a fairly pedestrian 1080p). The bigger question will be how quickly Microsoft and Adobe (and other “large” apps) can be fully converted. While the demonstrations of products from both was hopeful, very little functionality was shown. Let’s hope that the claims of full conversion of some of Apple’s larger apps is a good sign.

So, Apple is doing a good job trying to mitigate the pain — in ways that from what was shown — appear to be far more advanced than even the relatively smooth Intel transition. The most important question is what value is this to the user? Apple spent significant time attempting to answer it, although they provided little truly tangible evidence. Clearly, Apple will no longer be constrained by Intel and Intel’s general computing platform use cases and legacy users. Apple can now build perfectly tailored products for their specific use cases. This likely means lighter, thinner, lower power, longer battery life MacBooks. This could mean more powerful, more efficient desktop CPUs. It certainly could mean the integration of much of the custom hardware functionality available in Apple’s mobile devices, such as the security enclave. This will inevitably show up in new features and functionality that has been imminently desirable for the Mac line but only available on the mobile devices.

Unfortunately, much is still unknown. Primarily — performance. We were shown anecdotally fast scrolling and video playback, but this provides little real concrete evidence — some benchmarks would have been nice. Until we see the first production hardware, it’s hard to know what this will mean for the production software that many Mac users live with daily. Many questions are still unanswered as well — will Apple still be using third party GPUs at all or only Apple designed ones? How fast will heavy duty software like Logic, FinalCut Pro X or Adobe Premiere be? And how quickly will software developers port their software — and will all of them do so? Will you be able to run World of Warcraft on a new Mac natively come this fall? Or Quicken? There is much that will be answered over the next months, but Apple of the last decade has been effective in thinking through most of their platform issues in their products and leave little to chance.

Today, Apple introduced a new architectural platform for the Mac — but truly, it was more of a transplant. We’ve already been using this architecture, we’re just starting a trek that will hopefully mean even more powerful versions in our desktops. Apple continues to think long term and has clearly been preparing for this moment — and it shows in the wonderful continuity enablers they are providing to developers and users. The biggest question over the following months may be whether to buy the new Intel hardware they plan to release this summer and fall or hold off until the next generation architecture begins to roll out late this year and next!

Work from Home… How am I supposed to do that?