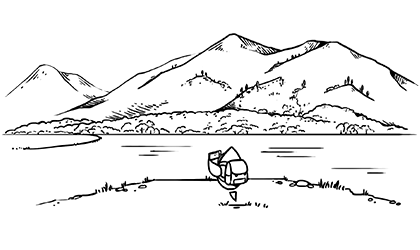 Apple has a new default image file format. With the release of iOS 11 and macOS High Sierra millions of users now have access to a new and default image format and many may not even be aware a change took place. However, over time users will notice significant storage savings (up to 50%) due to efficiencies in compression all while achieving higher quality images and improvements in processing and playback.

For the past quarter-century JPEG (Joint Photographic Experts Group, sometimes “JPG”) has been the stalwart file format for lossy-compressed images. Developed in 1992, so engrained is JPEG that most all image capturing hardware and processing software support this format. However, as digital imaging equipment, digital cameras, and display resolutions push forward with ultra-high resolutions (5K), the need for more efficient compression algorithms and support for alternative features drove Apple to find a new, modern replacement to the aging JPEG standard.

A few facts about HEIF:

Now that you know a little about HEIF, let’s talk about the image encoding, HEVC or H.265.

In a nutshell, HEVC encoding supports efficient compression for full-resolution images along with predictive sequencing and additions to support other media streams such as timed text and audio sequencing.

With image and other media overlay sequencing one can imagine the possibilities. Not only a potential replacement for animated GIF but enhancements to Apple’s live photos opening doors to other features such as in-lined editing and full playback control.

Additionally, and per the specification, HEVC image playback is required to support rectangular cropping and rotation in multiples of 90 degrees without requiring re-encoding of the image or image sequence. This makes for extremely efficient processing and ultimately will save battery life on mobile devices. In fact, Apple devices with an A9 chip and above will benefit from hardware acceleration for encoding and decoding HEIF files.

Apple’s change to HEIF as the default image file format will save space on a user’s local and iCloud photo albums with additional benefits in the transfer of HEIF files over networks due better image compression resulting in smaller size. This example shows the same image transcoded as a JPEG and saved in HEIF format. The most obvious thing we see when looking at the metadata is almost a full 1 MB reduction in file size. And then looking at a portion of each image zoomed in to one hundred percent we can see that the HEIF image has maintained detail whereas the JPEG image is quite blurry. 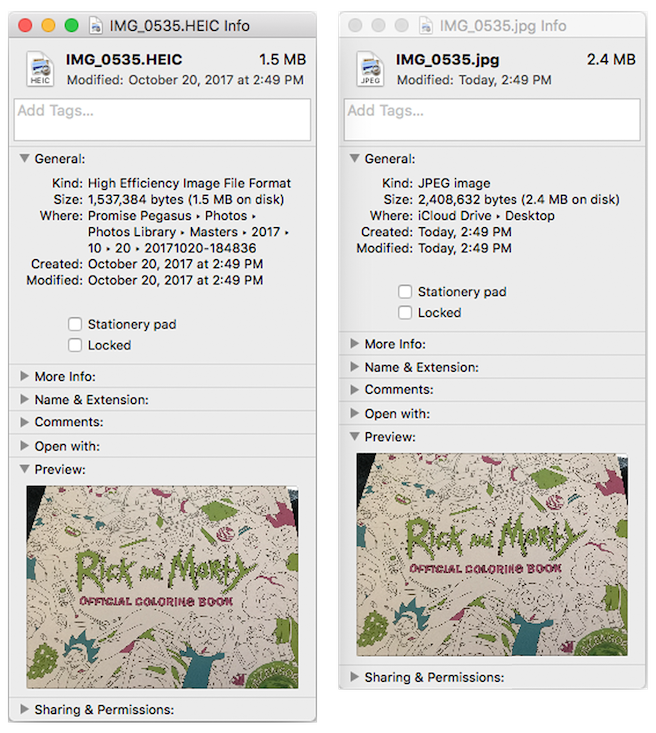 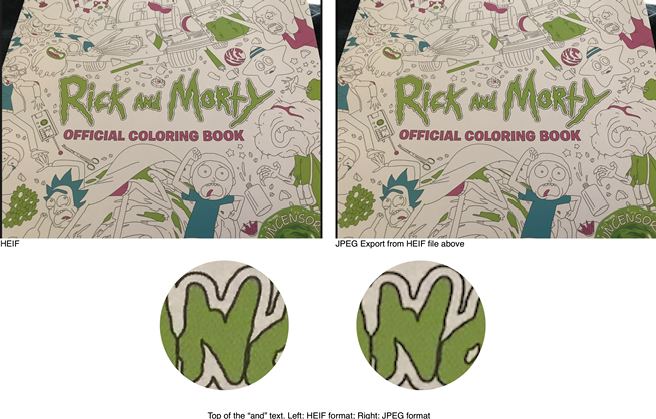 JPEG fallback will be supported for some time since most platforms and services require JPEG format. For example, a user can snap and attach a photo to an email and iOS will automatically transcode to JPEG.

Improvements to camera hardware including the dual camera on iPhone X and Plus devices will greatly benefit with HEIF’s ability to contain multiple images while post-processing can be performed within the same container without re-encoding.

For developers, adopting HEIF will open new doors for enhanced image processing features and apps all while dealing with a single container format for both still images and video. Apple saw this need which was a driving factor in moving to HEIF.

For further reading, here’s some more places to check: