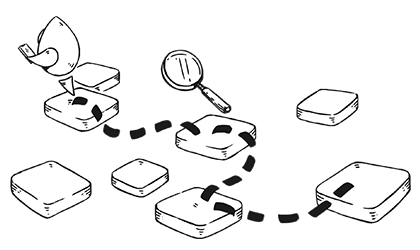 At the ‘Spring Loaded’ event on April 20th, Apple announced the release of iOS 14.5. There are a lot of cool new features to mention which will continually improve the latest devices and applications. The seemingly most interesting feature that was originally announced at the release of iOS 14 in the Fall, is App Tracking Transparency, a move to protect the personal data of users.

Beginning April 26th, Apple will require all apps submitted to the App Store to automatically opt users out of ad tracking. Users do have the option to allow an app to track them if they are okay with that. There are plenty of discussions to be had around the business decision around implementing tighter tracking around users data for ads. Early into the history of Apple, the company has made the philosophical business decision to be known as a secure company that keeps personal data privacy paramount. Perhaps even known as the most secure tech company in the world. This action seems to be one to say that this is where the bar needs to be in terms of communication with users around tracking their personal data.

This is all about personal user data. Apple created additional tools to allow businesses to understand consumer behavior. One is called SKAdNetwork that allows a company to see how many times users downloaded their app after seeing an advertisement. Another called Private Click Measurement will allow a company to see how many times users tapped on an ad for a product within the app. Again, the idea is to protect individual user data. It is important to mention that it is not just for iOS 14.5 release, App Tracking Transparency will also include an upcoming release of iPadOS 14.5, and tvOS 14.5

What do developers need to know?

Historically, apps have tracked users across apps and the web via Identifier for Advertisers, or IDFA. If an app is currently using IDFA or leveraging any third-party API’s using IDFA, the app will need to make sure they’re prompting for permission from the user on a pop-up window once they download the app or open the app from here on out. Apple controls this popup. If an app would like to prompt a soft popup screen explaining the why and reason for the tracking, that is absolutely fine. The details around implementing the new AppTrackingTransparency Framework can be found over here.

App developers and companies will want to fully understand all third-party APIs and understand if they are using IDFA so they do not get shut down or blocked. If a third-party is making direct calls to IDFA without prompting the user, then you will need to contact the developer to update the API. Lastly, testing will be important to be sure there are no hiccups with prompts so that Apple never flags or shuts down the app. If something goes wrong early, the development team will catch it, if there is an issue down the road, the user or worse, Apple finds it.

Additionally, large companies who have an existing API management system might benefit from managing multiple APIs may have a leg up on the ease of integrating this new ATT requirement. Enterprises taking advantage of an API management tool can potentially make faster adjustments to apps to save time and money.

Apple released a document called ‘A Day in the Life of Your Data’ to tell the powerful story around the ability for apps to harness users’ personal data from their digital devices and applications there within. All without the users consent. Once again, Apple seems to be creating industry standards moving forward around consumer’s personal data. Apple’s aforementioned report begins with a quote from the late Steve Jobs from back in 2010, “I believe people are smart and some people want to share more data than other people do. Ask them. Ask them every time. Make them tell you to stop asking them if they get tired of your asking them. Let them know precisely what you’re going to do with their data.” With this move Apple again proves it’s dedicated to user and consumer privacy. It is just as much a part of the brand as design and functionality.

WWDC 2021: What’s notable from the keynote and Platform State of the Union